Most scientific projects run for a few years and then the people involved move on to something else. The Measurements Of Pollution in The Troposphere (MOPITT) project has been running for over 30 years and on December 18th, 2019 we are celebrating the 20th anniversary of the launch of the MOPITT satellite instrument.

This is a Canadian story since the instrument was designed and built in the country. It was then passed to NASA who put it into the Terra satellite and launched it on December 18th, 1999, 18:57:39 UTC.

On that day we had all hoped that ten years of planning were going to successfully pay off. There were five instruments on the satellite, ASTER (Japanese), CERES, MISR, MODIS and MOPITT (Canada). The mission was expected to last five years – and I have always wondered whether the planning people were Trekkies (“These are the voyages of the Starship Terra. Its five-year mission: to explore strange new worlds….”).

There was anxiety about the launch because we had aborted a countdown the previous day, and this was now the last launch window until after the year-end. The entire range was going to stand down for “Y2K” (remember that?). So on this final window “5..4..3..2..1.main engines start….and lift-off!”

And we were away.

A few numbers: The Terra mission has made over 100,000 orbits, MOPITT has made more than 1.3 billion measurements resulting in over 470 publications. For the engineering aficionados: some of the mechanisms have undergone more than 20 billion cycles.

I still have the original proposal for MOPITT from 1989. It is a bit embarrassing to show it to people because some of the science was sketchy by our current understanding and our computers were so limited that many things had to be simplified. But using that proposal, MOPITT was submitted in a competition with nearly 100 other proposals from around the world – and we were selected!

COMDEV was the prime contractor for the instrument and I commuted very many times to Cambridge, Ontario as development progressed. After we built the instrument, we had to characterise it. That was performed in the basement in the Physics Department of the University of Toronto. We had a long integration and testing time at Valley Forge near Philadelphia. Then finally to Vandenberg Airforce Base, California, and then on to space.

Then there are the people who made it possible over the years. I cannot give a total number of the people involved, but there were the engineers and technicians who made the instrument, the calibration team that worked in the basement of the University of Toronto, the programmers and scientists who make the measurements and other scientists who assess the quality of the measurements. I still meet people today who tell me that their careers were changed by their involvement in the MOPITT project. These people are all over the world now: Russia, China, USA, France and of course many in Canada. And of course, they are now senior people. Sadly, we have lost some people: John McConnell was part of the first proposal; Diane Michelangeli was part of one of the science team at the first modelling on MOPITT; and Eric Deys and Dennis Henry worked on design and construction of the instrument.

There are many stories about the instrument and the people who made it possible. One major incident I remembered show the spirit of the team: The instrument had a problem during the testing at Valley Forge and we had to bringing it back to Canada, open it, fix it and then retest it in the basement of the University of Toronto. Both the engineers from COMDEV and the university worked through the nights and weekends to keep the schedule together. Someone seemed to always be in the clean room or the control room. But then back to Valley Forge and onto the satellite – and it worked!

When a satellite and a dataset is so long, there are new ideas and the science progresses, and these reflect enhancements to the entire dataset. The massive power of computers that has enabled us to use techniques that were impossible in 20-30 years ago. However, the ability of progress of computers and understanding allows us to go through the entire dataset, and many times we have upgraded the measurements. There are so far eight revisions from our colleagues at the National Center of Atmospheric Center (NCAR) and a ninth one is being planned.

So, what is important about MOPITT?

Have there be any problems? Definitely. A year after the launch, we had a problem in the cooler systems and half the instrument went dead. We were looking at the end of the instrument, but a ”tiger team” worked prodigiously and came up with a solution which allowed us run the instrument and produced data that are almost as good before the problem.

There was also a methane channel built in, and we have not been able to retrieve results from the instrument so that has been a disappointment so unless someone has a brilliant idea, unfortunately those results will never come.

Personally, I have been amazed at how much support I have found from many people during the last three decades. Looking back I wonder how we managed to do it – but we did it with the help of a lot of people.

So, to everyone who made a contribution to this success and today, to our 20th year in orbit – thank you. 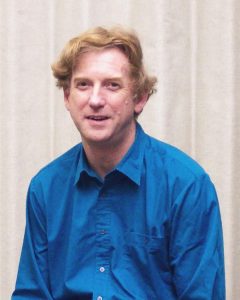 Prof. James R. Drummond, M.A., D.Phil. FRSC graduated from the University of Oxford in England, was a faculty member of the Department of Physics, Toronto University for 27 years and then a Canada Research Chair in Remote Sounding of Atmospheres in the Department of Physics and Atmospheric Science at Dalhousie University until his recent “retirement”. He is the currently the Principal Investigator for the Measurements Of Pollution in The Troposphere (MOPITT) instrument on the Terra satellite; a Co-Investigator for the instruments on the Canadian SciSat satellite; Principal Investigator of the Polar Environment Atmospheric Research Laboratory (PEARL) at Eureka, Nunavut; the founding president of the Canadian Network of Northern Research Operators (CNNRO); the Chair of the Forum of Arctic Research Operators (FARO); and the Canadian representative to several international organisations.