While temperature profiles to the tropopause had been conducted in Canada for research purposes starting in 1911 (Devine & Strong, 2009), operational upper air systems did not become available until 1929 with the introduction of the radiosonde which had a built in radio transmitter. The radiosonde gave the meteorologist a three dimensional view in real time of the atmosphere which remains the critical element for forecasting. The first operational upper air station of the Meteorological Service of Canada (MSC) was opened in Gander, Newfoundland in 1941 (Thomas, 2001) using the Canadian radiosonde system. Eventually only eight stations – Aklavik, Baker Lake, Coppermine, Fort Smith, Port Hardy, Sable Island, The Pas and the Pacific Weather Ship (PAPA) – used these Canadian designed radiosondes (Bindon, 1953). The other upper air stations in Canada used the American audio modulated radiosonde system.

The Canadian radiosonde (Figure 1) was a chronometric radiosonde (Middleton & Sphilaus, 1953) which depended upon an accurate motor speed since the value of each measurement was determined by timing. The 1500 rotations per minute (rpm) motor was geared down by a ratio of 1:343 to slowly rotate an anodized aluminum disk which had a spiral slot impressed upon it. Above the rotating spiral disk were four contactors for: pressure (right, off the picture), temperature (upper left), humidity (left), and reference (center bottom). A single aneroid cell moved the pressure contactor arm. The temperature arm was deflected by a short bimetal sensor made of nickel steel and Invar. Initially, the humidity arm had used a human hair sensor but by 1947 a goldbeater skin (intestine) was being used, as it was more sensitive and responsive at cold temperatures. During the preflight calibration, which is called the baseline check, the humidity sensor had to be exercised by breathing on it until the recorder indicated 100% (MSC, 1946).

The fixed reference arm marked the beginning and end of each half rotation of the disk. The reference signals were manually synchronized with the base station recorder (Figure 2) speed in order to compensate for any gradual change in the motor speed during the flight.

The published limits of the sensor accuracy was ±0.2°C for temperature (+35 to -75°C), ±1% for humidity, and ±2 hPa for pressure (Latimer & Dickson, 1957). The 1957 Mark 3 version of the radiosonde (Figure 1) had two temperature elements: one was nickel plated and the other was black. This was changed in the 1958 Mark 3(S) to a single bimetal element in a shielded duct for which solar radiation corrections were applied (MSC, 1958).

Based on this radiosonde, a tethersonde was developed for profiling the first 500 metres of the atmosphere for research purposes (Figure 3). The tethersonde was lifted by a small helium filled balloon (kytoon) which was shaped like a dirigible whose speed of ascent was controlled by a winch on the ground. This sonde was virtually identical to the operational radiosondes used to measure profiles up into the stratosphere. The main change was the use of six rather than a single aneroid cell to handle the smaller pressure changes near the surface. The temperature sensor was also changed from a short bimetal strip to a bimetal coil, again to handle the minute changes within the first 500 metres. The motor, disk and humidity sensor were not changed. A special audio modulated version of the tethersonde was developed by MSC in the later 1960s.

About the Author: Ken Devine 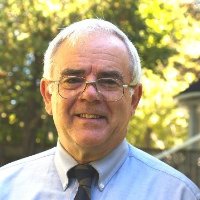 Ken began his career as an observer and Officer-in-Charge at remote upper air stations. Later he worked three years as a senior electronics technician which included installing the first operational weather stations in Canada. After obtaining his degree and completing the meteorologist training in 1971, he spent four years forecasting on the east coast before moving to headquarters. In Toronto he worked in instrument development, project management, Field Services and finally as Superintendent of Climate Standards. After retiring in 1998 he has been researching and writing articles on the history of meteorological instruments in Canada.